What’s the best fish to eat?

The Best Fish to Eat

Britain’s most beloved takeaway of simple battered fish and fried chips is the country’s most iconic dish. For more than 150 years, fish and chips have been a staple in the modern English diet. Brits just love them! They are so easy to find, good for the wallet, and most importantly – delicious.
Where exactly fish and chips came from though, remains a mystery even now, more than a century and 10,500 chippies later. Wherever they came from, one thing is for sure: regardless of where you have your hit – fish and chips are a must for everyone visiting Britain, wanting a truly British experience.
The most prominent variations of fish and chips are due to the different types of fish used. The highest quality shops use Atlantic cod, rock (sometimes referred to as rig), plaice, skate, scampi, Haddock and code rose.

Cod is by far the most popular type of fish used in the fish and chips combo in Britain, with more than 60% of all dishes sold through the country.
Cod is mostly found in the chippies in the south of England where it reigns supreme!

And of course you can find quality cod here at Newington Fish Bar. We serve it in different sizes, and even do Cod Fingers for kids.
When it comes to the taste, the fish is usually mild and is incredibly soft with a moist flavor.

Rock or Rig is yet another popular fish used in non-traditional fish and chips dishes. The Rig is one of many species of small sharks. Yes, sharks!
The fish can be found in many shops and it is one of our most popular dishes. It has a sweet, mild flavor, with a flaky, medium-firm texture! It is rich in proteins which makes it a perfect, healthy choice of fish!

Plaice is yet another type of white fish that is widely used for fish and chips through Britain and Ireland.
Although not the most popular fish, it’s best served Battered with non-greasy chips and remoulade sauce on the side.
The fish is low in fat and serves as a good source of Vitamin B and Vitamin D.

Those looking for non-typical fish and chips love skate in their combo!
Skate is usually found in chippies and restaurants along the west Scottish coast, but nowadays there are shops all around Britain that offer skate instead of some of the more traditional types of fish.
Skate is considered a gourmet fish in France and its flavor is rather unusual. Skate has a unique, almost nuts-like taste that goes perfectly with tartar! We have been offering Skate since the beginning, so don’t forget to come in and give it a try.

Scampi also make for a rather unusual portion of fish and chips for all the adventurers out there who want to have a different take on the British most popular takeaway dish. Scampi can be found in the most chippies, including us!

While cod might be popular in the south of the country, haddocks reign supreme in the north; in Lancashire and Yorkshire!
The fish is quite popular in the combo and it accounts for almost 25% of all fish and chips portions sold in Britain. When it comes to the flavor, the fish is certainly a bit dryer than some of the others and has kind of a sweet taste that people just adore!

The rosefish is yet another alternative for a tasty dish. It is often offered as part of the menu in various shops in the UK.
The meat of fish itself is white and juice which makes for a perfect fish choice for delicious fish and chips!

No matter if you opt for the traditional haddock and cod, or some of the more unusual types of fish, one thing is for sure: Britain’s most quintessential takeaway dish is delicious no matter what. 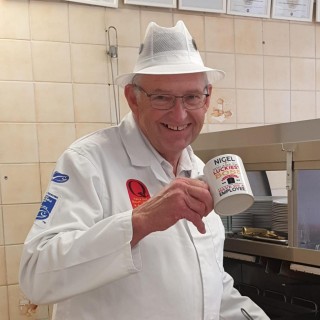